Energy plays a large role in our everyday life. But have you every wondered what energy is? Where do we get it and how do we even use it?

Energy is the ability to do work. It comes in many different forms and is all around us! Energy can be found in solids, liquids, gases, and even in empty space. It can be used to power machines, make music, or even to heat our homes.

It is all around us and it helps us do just about everything we do.

All matter is made up of atoms. Atoms are tiny particles that are too small to be seen with the naked eye. Atoms have a center called a nucleus. Surrounding the nucleus are electrons. Electrons are even smaller particles that orbit the nucleus.

The SI unit of energy is the joule (J). One joule is equal to the amount of energy needed to move an object that has a mass of one kilogram a distance of one meter. 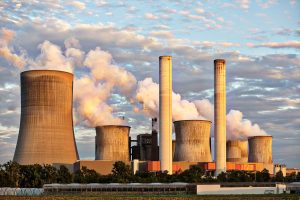 What Are The Different Forms Of Energy?

Thermal energy makes things hot. It is often used to cook food or to keep us warm on a cold day. It is also called heat energy.

Light energy travels through the air and is used to see things.

Sound energy travels through the air and is used to hear things.

Electrical energy flows through wires to power our lights, computers, and appliances.

Magnetic energy can make things move without touching them. It is also used to store data on credit cards and computers.

Nuclear energy comes from atoms. It can be used to power machines or to make weapons.

Chemical energy is stored in atoms and molecules. It is used to power our bodies and to make fireworks.

Mechanical energy is used to move things. It can be found in moving objects, like cars and trains.

Gravitational energy is caused by gravity. It can be found in things like planets and stars.

Potential energy is stored energy. It is the energy an object has because of its position. For example, a ball sitting on a shelf has potential energy.

Now that you know what energy is and the different forms it comes in, let’s learn about how we use it. 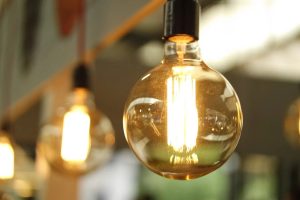 How Do We Use Energy?

We use energy to power machines, to make music, or to heat our homes.

Energy can also be found in the food we eat. The calories in food are a type of energy that our bodies use to keep us alive and healthy. Our bodies need energy to move, to think, and to grow.

What Are The Different Sources Of Energy?

Here are some of the most common sources of energy:

Solar energy comes from the sun. It can be used to power homes and businesses with solar panels.

Wind energy is from the wind. It can be used to power homes and businesses with wind turbines.

Fossil fuels are materials like coal, oil, and natural gas that are found underground. They are used to generate electricity and to power cars, trucks, and buses.

Nuclear energy comes from atoms. It can be used to generate electricity or to power machines. We facilitate nuclear energy in power plants.

Hydroelectric energy is from moving water. It can be used to generate electricity with hydroelectric dams.

As of late, there are efforts to shift to more renewable energy sources as natural sources are running low. There are also initiatives to advocate for the conservation of energy across the world to minimize waste and losses.

Now you know what energy is and how we use it. Energy is all around us and it comes in many different forms. It is important to our everyday lives and we need to be careful how we use it.

Watch our 5-part docuseries now to learn how to harness the power of energy healing.